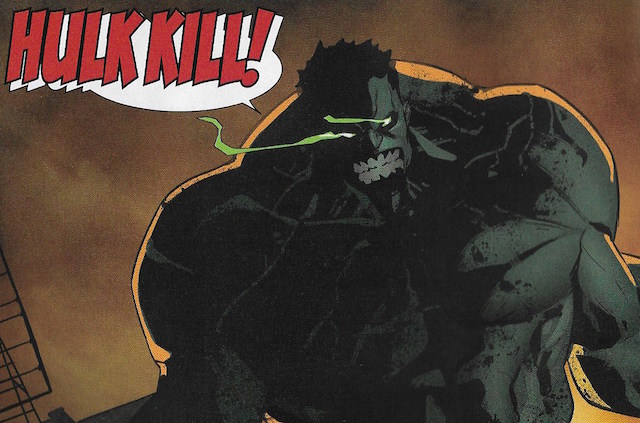 Brian Michael Bendis’ Civil War II has taken its lumps in terms of fan interest and sales, but the story is helping to define Miles Morales. Spider-Man #7 features the young man trying to determine whether he will stand and fight alongside Tony Stark in a war over the Inhuman named Ulysses, or if he will sit on the sidelines and let the veterans sort it out for themselves.

Here is what you need to know for Spider-Man #7:

All things considered, this was a pleasing issue for Bendis and it was made even better by strong work by artist Nico Leon. Whether one likes Civil War II or not, one of the long-term benefits of the tale is that it serves to define young characters like Miles.

The challenge for Bendis, however, will be to adequately show the “now what?” — the follow-through that often seems missing from his work. The writer has a habit of toying with big ideas and then placing them aside to focus on something else.

Whether Bendis is writing Tony Stark in Invincible Iron Man or Miles Morales in Spider-Man, in many ways he keeps them in a holding pattern. He occasionally dips and swerves the plane to the left or the right, but at some point in time his passengers realize that they have been deceived — they’ve just been flying in circles.

After seven issues of Spider-Man, readers want to know “Who is Miles Morales?” While it is true that he is a young character who is finding his voice — and part of the fun is going on that journey with him — it seems as though Bendis is being stingy with key aspects of the hero’s personality. Either the writer doesn’t yet know what the character really represents, or he is scared that readers will not like what they hear.

If you planned on checking on Spider-Man, then Bendis’ seventh issue is a good jumping-on point. Potential customers just need to know that  Miles Morales’s character development has been frustratingly slow since the series first launched. Perhaps the conclusion of Civil War II will change that. 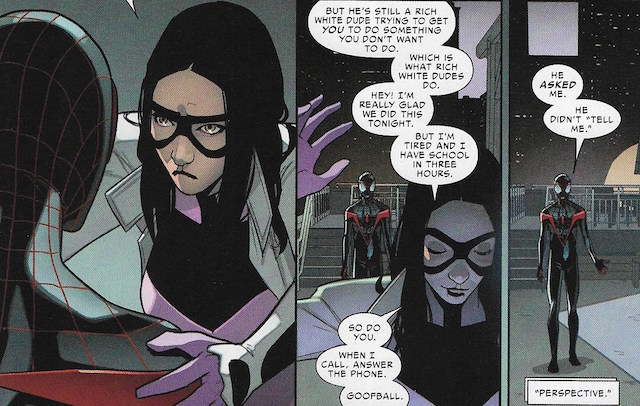