It’s hard not to feel bad for Gareth Edwards, director of  Rogue One: A Star Wars Story. The guy was asked to direct a stand-alone Star Wars film that felt new and fresh while simultaneously resonating with fans who watched Star Wars: Episode IV – A New Hope. He also had to direct a film that would satisfy the moviegoers who grew up with Star Wars: Episode I – The Phantom Menace. The creative gaps he had to bridge with this project were near impossible to close, but yet he somehow managed to make it all work.

Is Rogue One a perfect movie? No. It certainly has its flaws. Most notably is the skimpy backstory for every major character, from Jyn Erso (Felicity Jones) and Cassian Andor (Diego Luna), to Saw Gerrera (Forest Whitaker) and Chirrut Îmwe (Donnie Yen). The Star Wars franchise is enough of a cultural juggernaut that millions of people are already emotionally invested in this story  (i.e., Who captured the Death Star plans from the Empire and how did they pull it off?), but the screenplay by Chris Weitz and Tony Gilroy was too lean. But I digress.

Here is what you need to know for Rogue One:

In short, if you want to see a good Star Wars movie that emphasizes the “war” aspect of the franchise, then you should see Rogue One. It has a scene with Darth Vader that is worth the price of admission alone, solid space battles, and plenty of The Force courtesy of Donnie Yen’s character. If you don’t overthink the movie, then you should have a good time in the theater with friends and family.

Editor’s Note: Feel free to head on over to The Conservative Book Club to check out the review I did for them. 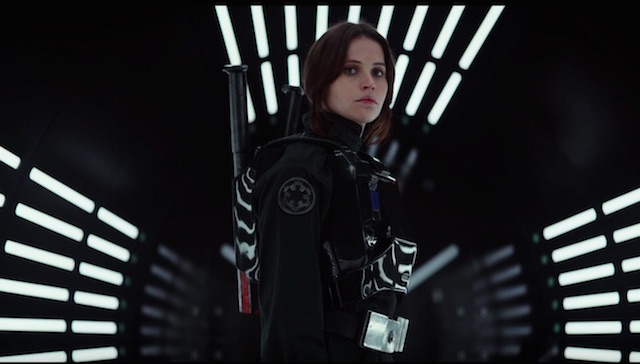 The new Rogue One trailer came out this morning, which means the “social justice” force field to protect lead actor Felicity Jones was immediately deployed. The way the internet works is that as long as two anonymous people say something then a story can be written about “some men” —  or just “men” if editors are particularly angry.

Here is the thing about the Rogue One trailer: It looks interesting. Is there any Star Wars fan out there who wouldn’t want to see how the Rebel Alliance managed to steal plans for the Death Star? Of course not.

Added bonuses: Donnie Yen and Forest Whitaker have roles, the movie has a gritty look, and it opens up new possibilities for the Star Wars universe.

With that said, it is also a natural reaction for men to raise an eyebrow when Jones’ character, Jyn Erso, beats up stormtroopers as if drunk octogenarians are wearing the armor.

Are there tough women out there? Sure. Can female leads be convincing action stars? Of course. That is one of the many reasons why I gave Star Wars: The Force Awakens rave reviews.

In general, however, a 120-pound woman is not going to stand a chance against a 200-pound man in a street brawl — let alone a group of 200-pound men.

Sorry. It’s just not happening. To get upset at men who point that out after viewing a movie trailer is absurd.

Regardless, at the end of the day, Rogue One looks intriguing. If the movie does well, then the only thing Disney will have to worry about will be over-saturating the market with Star Wars flicks. That is a good problem to have.

Remember: Even a person who enjoys chocolate cake will turn it down if you give them too much. 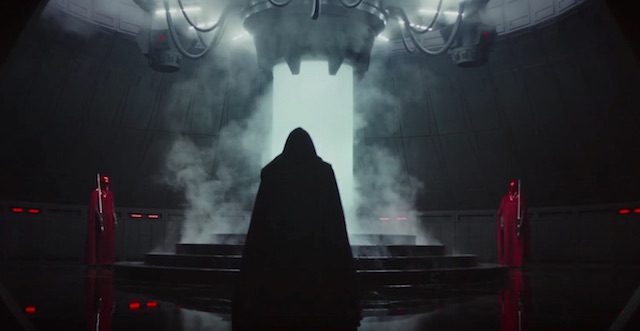 Let me know what you think of the Rogue One trailer in the comments section below.

Should Felicity Jones be the main character? Will she nail the role, or will she be choke like Admiral Motti before Lord Vader?