The new Ghostbusters is finally in theaters, and the good news is that its first trailer (the most hated YouTube video of all time) was not an accurate predictor of the movie’s overall quality. The bad news is that Ghostbusters, like Batman v Superman, is a film that is done in by a shoddy screenplay. The cast does the best it can with writer-director Paul Fieg’s story (co-written by Katie Dippold), but no amount of improvisation can lift the product above “mildly amusing” status. 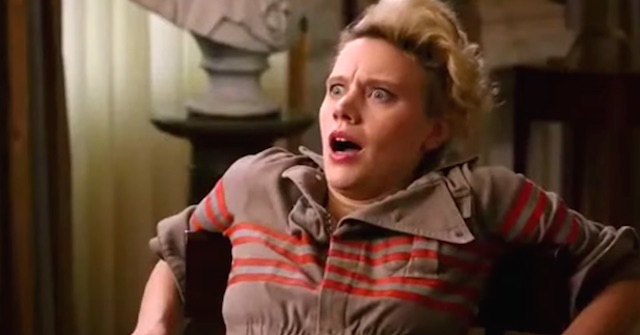 First off, anyone who has seen the original Ghostbusters will know how the story goes:

With that being said, I think it is important to review Mr. Fieg’s movie by pretending the original film never existed. If the world were never introduced to Bill Murray’s Dr. Peter Venkman, then how would critics rate this movie?

They would say the following:

Ghostbusters is a movie that is worth checking out on Netflix if there is nothing else to do on a Friday night, but it is not worth full price at the movie theater. It is a movie that fails not because its cast is filled with women, but because its screenplay is sloppy.

Finally, it must be mentioned that Bill Murray’s cameo will be painful to watch for anyone who enjoyed the original films. It is hard to believe the man agreed to the part unless he has serious issues with Ivan Reitman. If Mr. Fieg or anyone else associated with this re-imagining thinks they were giving the 1984 Ghostbusters a respectful tip of the hat with Mr. Murray’s cameo, then the property is in worse hands than previously thought.

Did you see Ghostbusters this weekend? Did you refuse to see it? Either way, let me know what you think of Sony’s tentpole film in the comments section below.

Update: Here is my latest YouTube video on Ghostbusters and why the “Slime the Critics” strategy is important.

Bill Murray was on CNBC the other day, and the famous comedian set off alarm bells in liberal circles everywhere when he dared to speak of “personal responsibility.” Doesn’t Bill know that, according to Princeton’s African American Studies professor, Melissa Harris-Lacewell, that he’s using racist “code” language? Regardless, he went there:

CNBC Host: Do you have…a view on this country and what we need to do and where we are in time?

CNBC HOST: Are you saying that America was founded on individualism, as opposed to Europe? Are you making a contrast—

MURRAY: This country really is a pioneer country. We forget the kind of discipline they had to have to get from—occasionally it seeps in that they came in wagons from Illinois to Oregon or whatever it was. That they came in wagons and the wheels broke, and you see it. The [researchers say], “Gee, that must have been hard for those women to push that wagon up the mountain.” And that’s what they had to do.  There was no option but to do it yourself, to have your own personal responsibility. There is no turning back. This is your life. As we say to one of my brothers, “This is your life. This is not a dress rehearsal.”

Bravo, Bill. He makes incredibly lucid points, which seldom happens with Hollywood stars. I highly suggest watching the entire interview, if for no other reason than to see just how carefully Bill treads. He seems to be a very smart man, and throughout the entire interview you can see him very delicately addressing the issues, as if he knows all of Hollywood is watching. Conservatives in the entertainment industry—or even those with tinctures of conservatism—need to lay their cards on the table with a pitter-patter, while “comedians” (I use the term loosely) like Rosanne Barr or Joy Behar get to blurt out liberal brain-farts without a care in the world.

Regardless of Bill Murray’s voting patterns (he may very well be a Democrat), it’s obvious that he at least realizes just how far of a departure the country has made from its founding. Whereas we once road rickety wagons across the Great Plains to realize our dreams, we now have kids who are on their parent’s health care coverage until age 26 complaining about how hard things are. We’re at an all time low and we don’t even realize it because our friends overseas are in an even sorrier state of affairs.

While I commend Bill Murray for even broaching the subject of personal responsibility when asked about his worldview, I can’t help but find it sad that in this time and place common sense earns a pat on the back. Since I probably won’t run across Murray in public anytime soon, I’ll just check him out in Moonrise Kingdom on opening night.