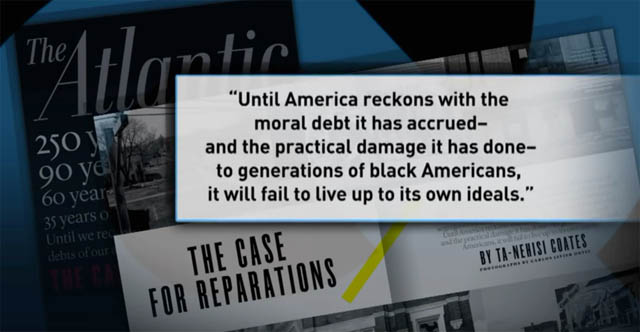 The New York Times reported Tuesday on Marvel’s decision to name Ta-Nehisi Coates its “Black Panther” scribe. What it didn’t mention is how Mr. Coates wants American taxpayers to cough up reparations cash to black Americans. (Congratulations: If you immigrated here in the last three decades, then you probably still qualify! Because colonialism … or something.)

First the announcement, via the Times:

Ta-Nehisi Coates can be identified in many ways: as a national correspondent for The Atlantic, as an author and, as of this month, as a nominee for the National Book Award’s nonfiction prize. But Mr. Coates also has a not-so-secret identity, as evidenced by some of his Atlantic blog posts and his Twitter feed: Marvel Comics superfan.

So it seems only natural that Marvel has asked Mr. Coates to take on a new Black Panther series set to begin next spring. Writing for that comics publisher is a childhood dream that, despite the seeming incongruity, came about thanks to his day job.

Do you know how else Mr. Coates can be identified, Marvel? Again, he’s a guy who wants American taxpayers to give black Americans reparations for slavery and other injustices.

Mr. Coates talked to Bill Moyers of PBS in May, 2014 about the need to taxpayers to make up for public policy “practical damage” perpetrated upon black Americans.

Let us for a moment agree with Mr. Coates’ assertion that “policy” is to blame for the plight of urban black Americans. If that is the case, then why do these black Americans — who have lived in Democrat-controlled strongholds for decades — continue to vote for liberal politicians again…and again…and again?

Liberal public policy encourages black women to abort their children in numbers that can only be described as genocide.

But yet, for some odd reason, men like Mr. Coates never really want to get into those discussions. How convenient. 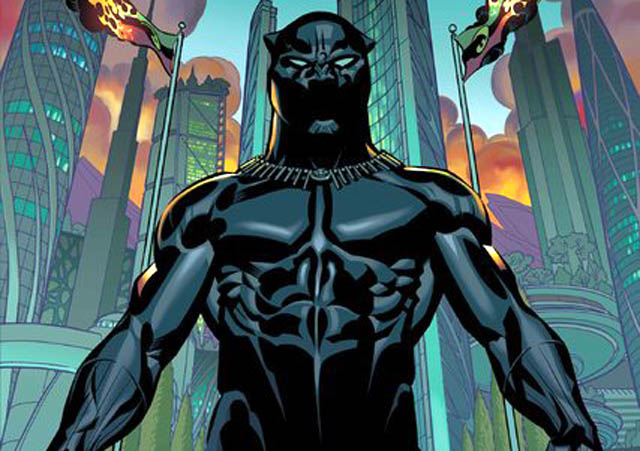 I’ve said this before in the comments section, but I’ll say it again: My wife immigrated to the U.S. at a young age without knowing how to speak English. Her parents did not have “wealth” — but over time they created enough of it so their daughter could one day become a doctor.

How is it possible for a family from China — one that speaks no English and has no money — to produce a family doctor within a single generation, but yet the good citizens of Detroit are economically paralyzed in 2015?

If the government hands a man a check for $1 million dollars and that person does not possess the kind of virtues found in successful people, then that person will lose his fortune.

Money is not the same as wealth. As long as activists like Mr. Coates focus on giving people money instead of encouraging them adopt and hold tight to invaluable principles, then these sorts of debates will continue.

Call me when Marvel hires an openly conservative comic fan who worked at a major conservative organization. Until then, I doubt I will be checking out “Black Panther.”

Editor’s Note: I am currently learning how to speak Mandarin. That is one of the reasons why I have not been blogging as much. I can say with confidence that if someone transplanted me inside China tomorrow and gave me 20 years to become a doctor…it probably would not happen. Heh.

Leave a Reply to Really Someone Cancel reply