Iron Man 3: Americans will love it, but so will moviegoers who hate America 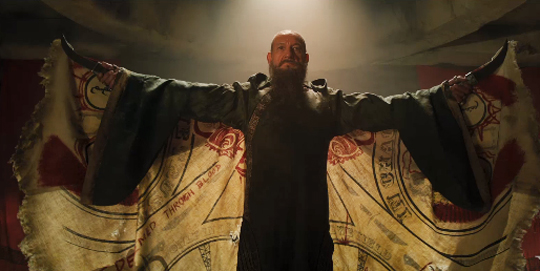 The good news about Iron Man 3 is that it’s a sharply written, well-directed movie. The bad news is that while some of the messages it conveys to the audience hold incredible truth (e.g., “we create our own demons”), it might just be the conspiracy-theorist must-see blockbuster of the summer.

Do you have any friends who think 9/11 was “an inside job”? Iron Man 3 is the movie for them. (You might want to consider getting new friends if that’s the case, but in the mean time you could still enjoy a solid movie.) Do you have any friends who refer to the “military industrial complex” at parties so they sound smarter than they really are? Iron Man 3 is the movie for them. Do you have friends who hate “Big Oil” and “fat cats”? Iron Man 3 is the movie for them. Director Shane Black ingeniously — or perhaps devilishly? — devised a film that is drenched in anti-Americanism in a way that will leave many Americans exiting the theater not even knowing they’re all wet. At the showing I went to in Tyson’s Corner, Va., many people even burst out clapping twice during the film. On many levels, Mr. Black deserves kudos. That’s not easy to do.

Because so much of the movie focuses on Robert Downey Jr. and the “demons” his actions have brought into his life (his enemies literally breathe fire), and because he owns the role, one could forgive friends and relatives if they don’t leave the theater angry. The “truth” about the Mandarin alone, which I will refrain from disclosing here, is one that will play very well in Muslim nations that actually allow Western movies to be screened — for reasons that have nothing to do with their religion and everything to do with conspiracy theories that run rampant in those parts of the world. Given the fact that the writers and producers created entirely new scenes for the Chinese release, it’s not hard to believe that the endeavor was specifically crafted to maximize both foreign and domestic sales. Again, it is rather awe-inspiring what Mr. Black has pulled off.

Strangely enough, perhaps the group of moviegoers who will be most disappointed in Iron Man 3 will be long time fans of the Iron Man comic book. As already mentioned, the “truth” about the Madarin is something that will drive fans of the character up a wall. They will be livid, and rightly so. However, the average person who knows nothing about the character’s history will not care because within the context of the film, the changes work and that’s all that really matters to people who count box office receipts. It’s sad, but that’s the truth.

Moving forward, it will be hard for figure out how an Iron Man 4 would take shape. Robert Downey Jr’s shtick is enjoyable, but even the great and powerful RDJ gets annoying. It was a wise move to knock the chip off his shoulder in the third installment by stripping everything away from him. He needed to be taken down a notch. He needed the smile wiped off his face. He needed to look lost and confused and panicked because sometimes the rich billionaire guy who mocks everyone and everything just comes across as a jerk. Downey had an incredible balancing act to play between being that witty sarcastic smartass with a smile, and being the vulnerable guy who just recently learned their are forces in the universe that are beyond human comprehension — and he did it almost perfectly.

Perhaps my feelings on Iron Man 3 can be best summed up in response to something the Madarin says midway through the movie. The character, played by Ben Kingsley, says that America is “like a fortune cookie — hollow, and it leaves a bad taste in your mouth.”

Iron Man 3 is definitely not hollow. There are many, many layers to it. The acting, writing, directing and special effects are all top-notch. Iron Man 3 does, however, leave a bitter aftertaste. Shane Black could have written a movie that did not blatantly appeal to large swathes of moviegoers who love nothing more than to blame America for the world’s ills, but he did not. Marvel signed off on it. Disney signed off on it, and so did Robert Downey Jr. And for that, while I thoroughly enjoyed the film, it is not one that I will ever purchase for myself.

Regardless, I’m looking forward to seeing Iron Man fly again when The Avengers 2 hits theaters. See you there.