When Netflix first debuted its trailer for the Jessica Jones series, this blog said the writers would have a dark tightrope to walk. That was Oct. 24. Now, having finally finished the series just after Christmas, it’s safe to say that Marvel once again handled a Netflix project just about as well as can be realistically expected. 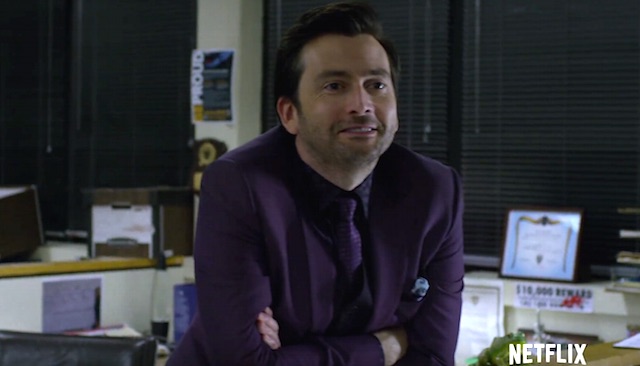 Jessica Jones is a show about “control,” but it is much more than a rape survivor’s tale as some reviews imply.

Krysten Ritter as Jessica Jones, David Tennant as Killgrave, and Mike Colter as Luke Cage deliver the goods in their respective roles. Supporting actors like Eka Darville as “Malcolm” more often than not hit the mark, and the end result is a show that nearly matches Daredevil in terms of overall quality.

Jessica Jones’ one weakness is that its cast of misfits and their problems sometimes become so over-the-top that moments played for drama seem laughably absurd. Scenes involving Wil Traval’s “Simpson” and Colby Minifie’s “Robyn” tend to be the worst offenders. Unfortunately, it looks like Simpson will probably have an important role to play in Season 2.

If Jessica Jones wants to keep the momentum going, then its writers should bring in Colter’s Luke Cage as much as possible. In many ways he was an emotional rock in Jessica Jones’ unstable world. In a sea of bizarre and troubled characters, Cage was the one guy who seemed to have a semi-healthy handle on his emotional baggage.

Jessica Jones needs one character who is consistently balanced from episode to episode, and Colter lived up to the task admirably.

In short, if you enjoyed Daredevil then you should check out Jessica Jones. It’s a dark series done well, and a welcome addition to Marvel’s Netflix library.