Ben Affleck is Batman, but he can’t even confront Bill Maher on Islam without almost crying 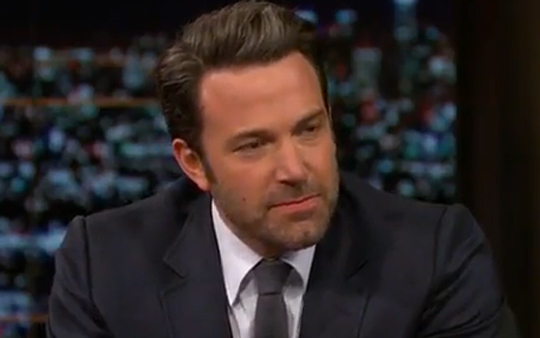 When it was announced the Ben Affleck would be the Dark Knight in 2015’s ‘Superman vs. Batman: Dawn of Justice,’ I said that if director Zack Snyder were smart, then he would tell his new hire to stick to movie-talk. I said Mr. Affleck lives in a Hollywood bubble, where everyone thinks along the same lines and tells each other how smart they are at cocktail parties, and that he generally has a hard time discussing politics without alienating fans (e.g., When he sees a Republican actor on screen he thinks, “I probably wouldn’t like this person…”). His near-meltdown on Bill Maher’s Real Time on Oct. 3 proves nicely that Mr. Affleck doesn’t know how to deal with smart people who disagree with him. 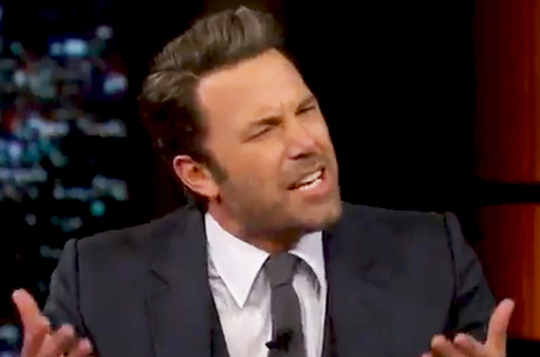 Sam Harris: Liberals have really failed on the topic of theocracy. They’ll criticize white theocracy. They’ll criticize Christians. They’ll still get agitated over the abortion clinic bombing that happened in 1984, but when you want to talk about the treatment of women and homosexuals and free thinkers and public intellectuals in the Muslim world, I would argue that liberals have failed us.

Sam Harris: The crucial point of confusion is that we have been sold this meme of Islamophobia, where every criticism of the doctrine of Islam gets conflated with bigotry towards Muslims as people, and that’s intellectually ridiculous.

Ben Affleck: Are you the person who understands the officially codified doctrine of Islam? You’re the interpreter of that?

Ben Affleck: I’m asking you. So you’re saying that Islamophobia is not a real thing?

Sam Harris: I’m not denying that certain people are bigoted against Muslims as people.

Bill Maher: “Why are you so hostile about this concept?”

Bill Maher: You’re not listening to what we are saying.”

For almost ten minutes, Ben Affleck responded to a serious discussion about Islam by giving angry little sniffs of his nostrils, fidgeting in his chair, making sarcastic little side-comments, interrupting, waving his hands around and slamming them down on the desk in front of him. He generally gave off body language that said, “I’m Batman! I should be beating these ‘racists’ up, but I can’t because I’m in my Bruce Wayne clothes on live television…”

In short, Ben Affleck was a petulant man-boy. 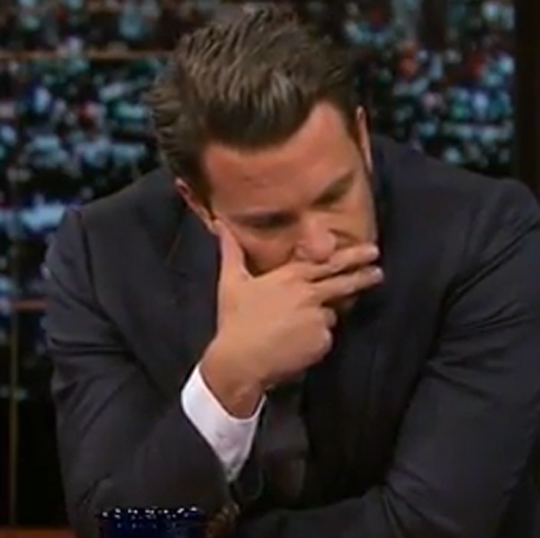 Faced with actual statistics about female genital mutilation in the Middle East and Africa, the percentages of Muslims who believe a man should be killed for leaving the religion, and troublesome data regarding opinions on free speech — in Western countries — Ben Affleck’s response was to call Bill Maher a “racist,” to say he “doesn’t understand idiots,” and that “we’ve killed more Muslims than they killed us by an awful lot,” (as if George H.W. Bush, Bill Clinton, George W. Bush and Barack Obama all just have a thing for militarily engaging Muslim countries for no other reason than to kill Muslims). Ben Affleck says that the Islamic State group couldn’t fill a “AA ballpark in West Virgina,” while ignoring the fact that it only took 19 al Qaeda terrorists to bring down the World Trade Center Towers on Sept. 11, 2011. Shall I go on?

In less than 10 minutes, the man who will play Batman next summer makes it close to impossible for millions of moviegoers to see Zack Snyder’s film with an open mind. The so-called defender of Gotham is, in real life, a man who can’t even defend his own political position without looking like he might cry on national television. He had no problem mocking Catholicism in Dogma, but yet he and his buddy Kevin Smith would probably consider it “racist” to appear in a similar film titled “Fatwa.” Telling.

Next summer I will see Superman vs. Batman, but I won’t be able to stop thinking, “Clark can end this right now. All he has to do is start talking about Islam.”

Related: Egyptian Muslims in Pew poll: We support religious freedom, but we also support killing you