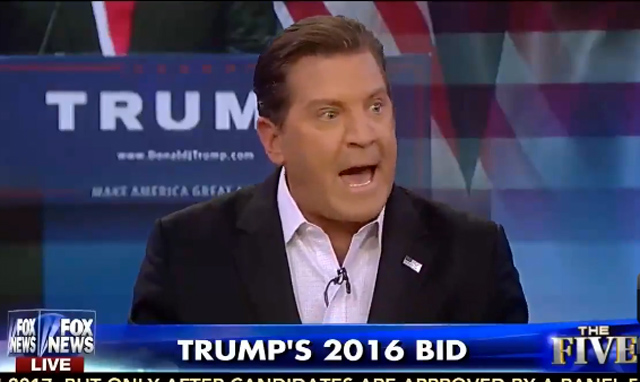 The announcement of Donald Trump’s “campaign” for the 2016 Republican presidential nomination came with something that was equally embarrassing: random “conservatives” taking the man seriously. One such individual was Fox News’ Eric Bolling, who was thankfully put in his place by Dana Perino.

The Right Scoop posted video of the following exchange June 16:

Eric: Dana, he was not afraid to take shots at other countries. He took shots at China. He certainly took shots at Mexico. You heard the comment about they send us not their best. But he said, “You know, I’m going to build a wall on our southern border. I know how to build walls and they’re going to pay for it.”

Dana: Right. On what planet is that actually true? Do you think you can make Mexico pay for a permanent wall between Mexico and the United States?

Dana: You tax Mexico? The president of the United States is going to tax Mexico to build a wall for the United States of America? I’m pointing out the absurdity of a lot of these comments. I get it that he’s entertaining. I know that he loves America. I know he’s done a lot of great things. He’s also has done things without ever having to work with 535 members of Congress who actually control the purse strings in America. When you’re the president of the United States, you have no money unless the Congress says “Here’s what you can spend it on.” So you certainly don’t have Mexico’s money to make them pay for a wall between the two countries. […]

Eric: Here’s what I think. You may not like a lot of things Donald Trump said today, but for once we heard something different.

Dana: But you heard something different that’s totally not plausible!

The American people are so starved for anyone—anyone—to tell them the truth, that they’re willing to give an unprincipled, shameless, self-promoting (but successful) buffoon traction. Why? Because he’s uncensored. He says what he wants, and he’s not scared of anyone.

Mr. Bolling is the type of guy who likes to throw words like “RINO” around. (He may even be the type to refer to President Obama as “Obummer” with his friends.) Strangely, however, he’s willing to give Mr. Donald let’s-donate-money-to-the-Clintons Trump a pass. Do a little more digging on “The Donald” and you’ll see that the billionaire has held quite a few positions over the years that were more “Clinton” than “Coolidge.”

Even Mark Levin has sided with Bolling and Trump over Mrs. Perino. The radio host believes Mrs. Perino “lost it” for accurately pointing out that Mr. Trump’s public policy diarrhea pot-shots are only enjoyed by partisan flies. 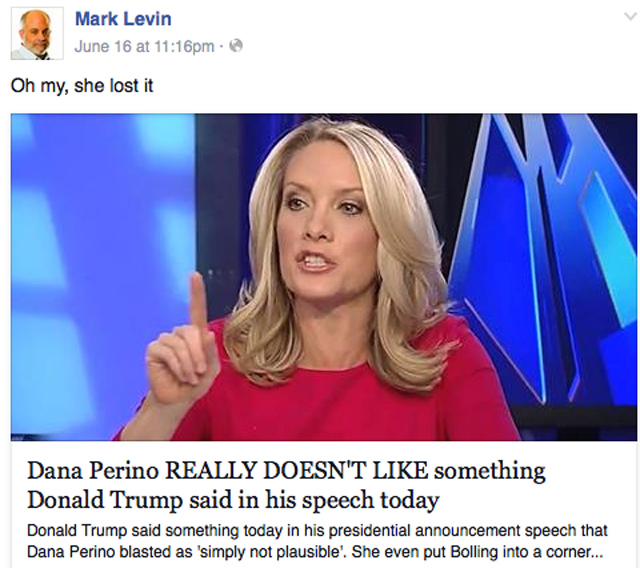 In Mr. Bolling’s case it appears that he also wants to stay in the “Inner Ring” that includes characters like Trump. Once you call a guy like Trump out, the invites to the cocktail parties stop. Mediaite captured the following Twitter exchange below: 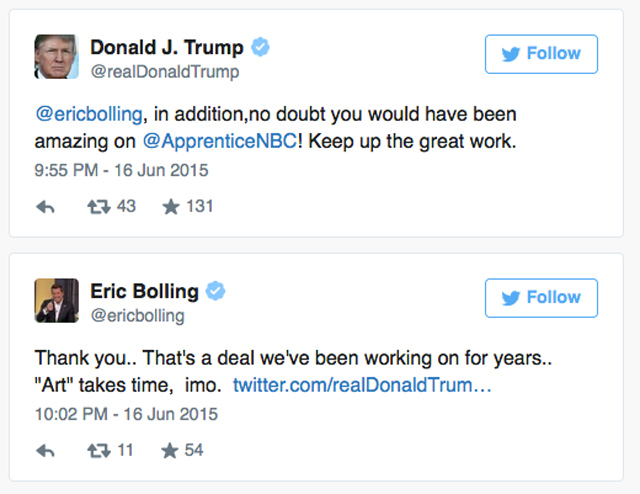 The rest of the panel on “The Five” were intellectually honest enough to agree with Mrs. Perino and laugh Mr. Bolling off the stage.

Some media personalities are more interested having the right friends than giving you proper analysis, and some people are so blinded by hatred of a particular political party that they’re willing to entertain a clown like Donald Trump running for president.

If you are not always on your guard, there is a good chance that seemingly trustworthy sources of news will lead you astray.