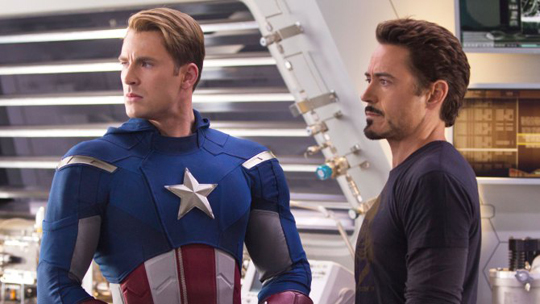 Marvel’s Iron Man is apparently suiting up for Captain America 3, which is great news, but someone better tell Robert Downey Jr. to read the script very closely. If he’s not careful, then there’s a good chance Marvel will use the big screen adaptation of “Civil War” to make a fool out of his character, just like it did in the comics.

Marking a major twist to the Marvel Cinematic Universe’s “Phase Three,” Variety is reporting that Robert Downey Jr. is close to joining the cast of Captain America 3 as Tony Stark and that the film will launch elements of the hit comic book crossover event, “Civil War” in the MCU!

The news comes on the heels of an announcement from Marvel this morning that a new “Civil War” comic book is on the way next summer.

The good news for Iron Man fans is that Anthony and Joe Russo will be at the helm for Captain America 3. The bad news is that a.) They’ll still have to traverse Marvel’s “Civil War” material from 2006, which often made Tony Stark look like a buffoon, and b.) Tony will most-likely be seen as a villain instead of a man with incredibly-astute observations about civil liberties in a world populated by superheroes.

For those unfamiliar with the storyline, it centers around the Superhero Registration Act, which originally was supposed to require those with superpowers to simply disclose their abilities to the federal government. It soon morphed into a weird recruitment tool by the State to force individuals to sign on as living weapons.

Marvel’s tortured allegory for the Patriot Act could have been a great read if the writers handled both sides of the debate with the intellectual respect each deserved. Instead, Tony Stark became a symbol for Marvel’s interpretation of the conservative worldview and was made to look like an unhinged war-monger. Captain America, meanwhile, fought for the so-called privacy rights for men and women who could destroy entire cities, possibly warp time and space, etc.

Consider this: In the Marvel Universe, it’s apparently okay for the federal government to require an ID to vote, get a driver’s license, open a bank account, and a whole host of other actions — but it was somehow an invasion of civil liberties in 2006 to have a man register with the federal government if he had telepathic abilities.

Here is how ridiculous it became: Captain America, for all intents and purposes, fought for the “rights” of a super-villain who could do all sorts of dastardly things to his neighbor’s wife and kids, mind-wipe the whole family so they couldn’t remember what took place, and then do it over and over and over again for years on end. And yet, Tony Stark was the “bad” guy for proposing that some sort of legislation be put in place to get a handle of it all.

Again, it’s important to note that Anthony and Joe Russo did a wonderful job with Captain America: The Winter Soldier. Given the way they successfully navigated political minefields with its script, one would have to assume they would give moviegoers the best possible version of a cinematic “Civil War.”

But it isn’t them the fans should be worried about — it’s Marvel. If the company pushes them to use too many elements from the 2006-2007 event, then Tony Stark will come off looking ridiculous. If they allow the Russo brothers to just pick and chose the elements they like, then fans are likely to get a really cool film.

Robert Downey Jr. probably guaranteed himself a massive paycheck for Captain America 3, and that is wonderful for him. However, Iron Man fans better hope that he also had his lawyers secure him some clout with the script-writing process. If they didn’t, then he may have to deliver some embarrassing lines for what will still undoubtedly be a summer blockbuster.

If you’re a fan of Marvel Comics, then let me know what you thought of 2006’s Civil War in the comments below, as well as the company’s decision to visit the storyline again for summer, 2015. 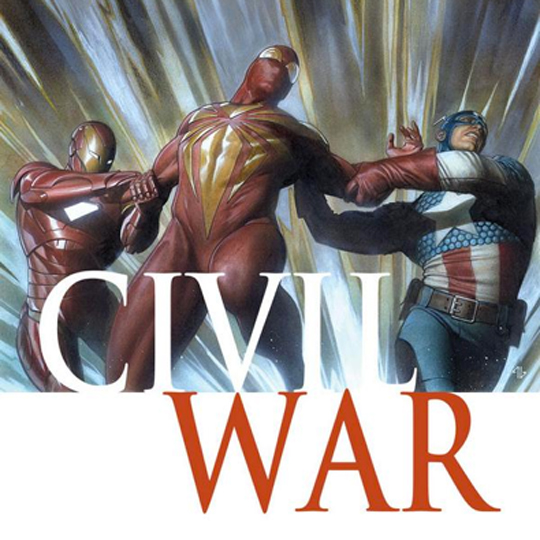