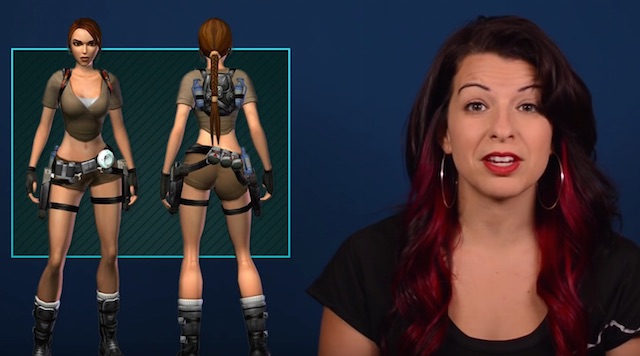 It was only a matter of time before feminist Anita Sarkeesian worked her way into my Facebook feed. The last time this blog mentioned her was when Stephen Colbert was treating her like a delicate flower on Comedy Central in 2014 — and she still had a hard time articulating her point of view. Her website, Feminist Frequency, has released a new video, “Strategic Butt Coverings – Tropes vs Women in Video Games,” where she complains about pixelated female behinds for almost seven minutes.

As a man who cannot walk into Target or Panera Bread on a weekly basis without being bombarded with Jen Selter wannabes in yoga pants, I must laugh.

As a man who watches as millions of young girls and women idolize butt-obsessed Kim Kardashian and Beyonce, I cannot help but scoff at feminist rage over digital behinds. 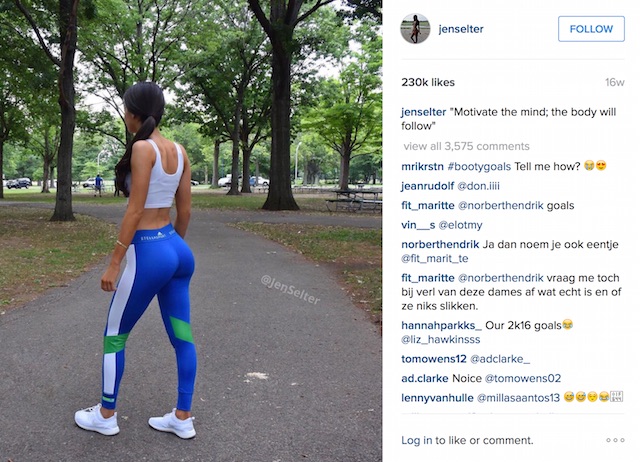 This is what modern-American feminism has come to: YouTube videos griping over how hard it is to look at Batman’s butt under his cape compared with Lara Croft of Tomb Raider. Women are literally sold as sex slaves in the Middle East and North Africa, and the struggle for Ms. Sarkeesian is putting countless hours of time, money and resources into exposing the nefarious game designers who dare to have Catwoman walk…like a cat. 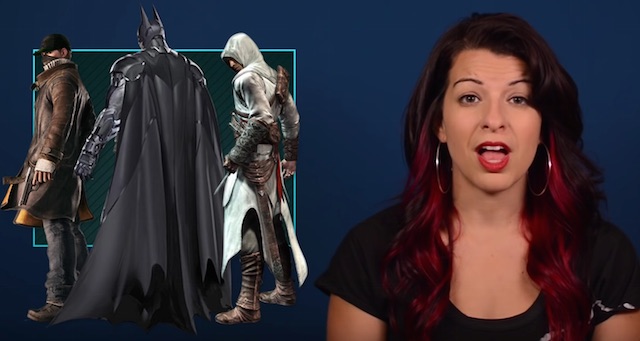 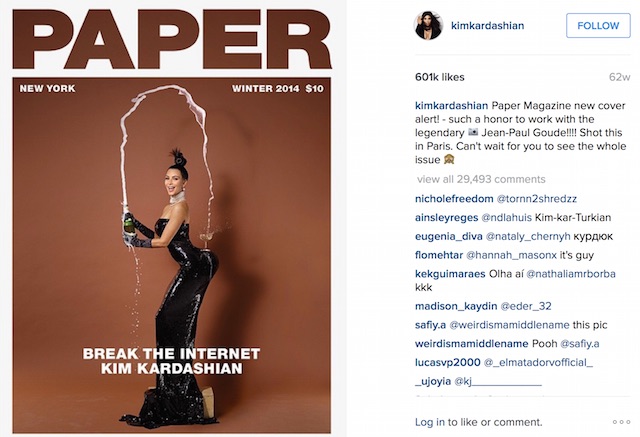 But here is the most telling thing about modern feminists: They are so confident in their claims that they must block the comments section of their highly-viewed videos.

The reason why Feminist Frequency does not allow comments on its videos is because guys like me would mention Beyonce — alleged uber feminst — playing dice on another woman’s butt in her music videos. Video game butts are unacceptable, but Beyonce objectifying another woman with “smack it” underwear in videos seen by millions of little girls gets a pass. Got it. 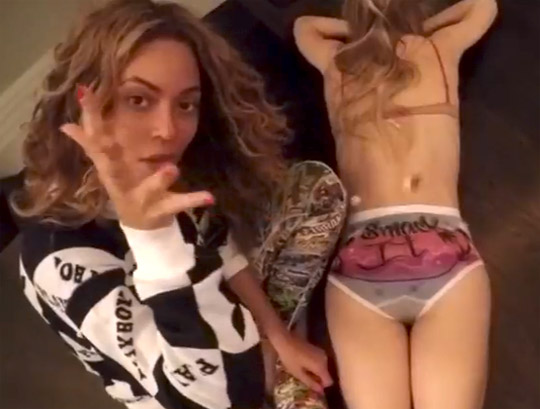 Here is a suggestion for American feminists — either don’t buy games you don’t like, or become game designers.

Don’t wear yoga pants with your mom in Target that show off every curve of your body, and then expect guys like me to show you sympathy when you complain about the curves of imaginary characters in a video game.

Until American feminists believably target female icons who objectify themselves on a regular basis — you know, real human beings who actually hold sway over popular culture — they will have zero moral authority to harangue gamers over what they find aesthetically pleasing.

Editor’s note: I normally link to videos or embed them within the actual post. I will not do so for this video since Feminist Frequency has blocked all feedback. 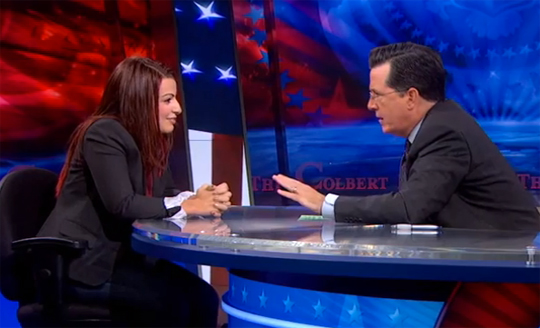 For those who have followed GamerGate, Wednesday was a great day. Stephen Colbert interviewed feminist Anita Sarkeesian and, ironically, treated her like a delicate little flower. For the entire interview he offered up softballs down the middle of the plate, which Ms. Sarkeesian only managed to hit for singles instead of home runs.

Regardless, the most telling moment came when Mr. Colbert attempted to discredit what GamerGate is all about — an industry of liberal activist journalists who are so buddy-buddy with one another that they ultimately hurt the gaming community they’re supposed to support.

Anita Sarkeesian: I think that is a compelling way to reframe the way that this is actually attacks on women. Ethics in journalism is not what’s happening in any way. It’s actually men going after women in really hostile aggressive ways. That’s what GamerGate is about. It’s about terrorizing women for being in this industry, for involved in this hobby.

The reason why Colbert tries to tear down accusations of media collusion is because he too is an activist who has made a nice life for himself saying the right things, making the right friends, ignoring inconvenient truths and sending out marching orders as prescribed by his powerful liberal friends in media and politics.

Like clockwork, Ars Technica, Gawker, Salon, The Huffington Post and all of the usual suspects were there to write fawning stories over the segment. Indeed, if one were to believe Ms. Sarkeesian, then the GamerGate community is all about men who want to “terrorize” women.

In the real world, most fair-minded individuals know that if you take to social media and say really dumb things to instigate people (e.g., calling Rainbow 6 misogynistic because it has a female hostage), then out of the millions upon millions of gamers, some of them will respond in a rude — or possibly threatening — manner.

Taking heat from random internet jerks, many of them teenagers, is completely different than, say, having the director of big-budget Marvel Studios films liken you to a member of the KKK because you disagree with him. Yes, that’s right, Joss Whedon lumped the GamerGate community together with one of the most infamous racist organizations of all time. Stay classy, Mr. Whedon. 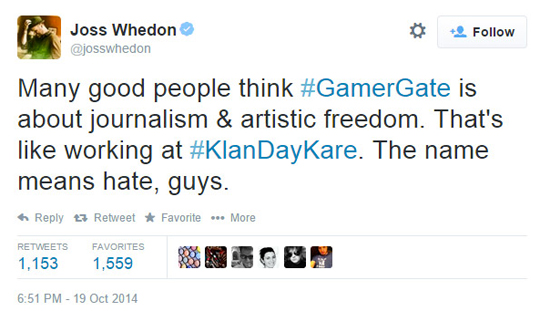 In the real world, having to suffer the slings and arrows of immature jerks online is expected. What isn’t expected is that a writer for Gawker would call for those who disagree with him to be bullied. Yes, that’s right, that was Sam Biddle who wanted to “bring back bullying” like Justin Timberlake wanted to bring sexy back.

If Colbert wasn’t a liberal activist, then he would talk about women like Helena Horton — a writer who has worked for Ampp3d, Vice, The Guardian, The Mirror, and Gay Times —who thinks society needs to “kill all men.” But he doesn’t. He gives feminists like Ms. Sarkeesian the floor to talk about all the mean, nasty, and sexist men out there who live to “terrorize” her.

If you are a gamer who has suddenly found yourself on the receiving end of personal attacks from the so-called “journalists” that you trusted for years, then take note: Stephen Colbert, Jon Stewart, The Huffington Post, and most of the websites you’ve relied upon to stay abreast of world events are of the same mold as Joss Whedon. If you are a gamer who now realizes that gaming “journalists” lie to you on a regular basis, then it is time to think long and hard about the worldview you’ve been shown by men like Stephen Colbert.

Editor’s Note: If you want to get an honest appraisal of GamerGate, then check out The Main Event’s YouTube page. His coverage of the issue since the very beginning has been superb.