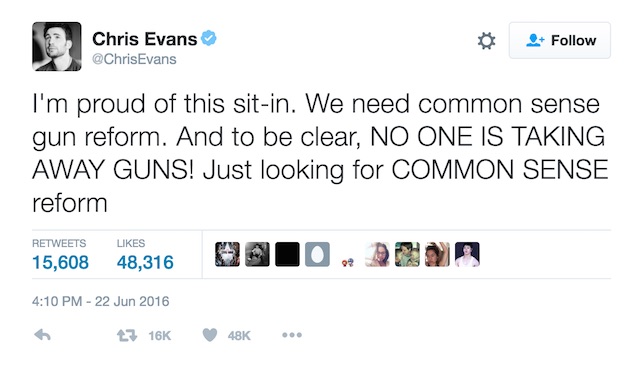 People sometimes ask me why I spend time writing on what comic book writers, actors, or other celebrities think about public policy. I do that because the old saying is true: Politics is downstream from culture. People have a natural tendency towards the “easy wrong” instead of the “hard right,” which is why we must always keep an eye on popular culture.

Take, for instance, actor Chris Evans and Golden State Warriors head coach Steve Kerr. Millions of Americans look up to both men, albeit for different reasons. They have enormous megaphones. They have influence. Given that, let us now examine what both men were saying in the wake of the June 12 terrorist attack in Orlando, Florida, that killed 49 and wounded 53 others.

“We need common sense gun reform. And to be clear, NO ONE IS TAKING AWAY GUNS! Just looking for COMMON SENSE reform.”

How does one define “common sense”? NBA coach Steve Kerr’s definition of “common sense” requires only “muskets” to be available to law-abiding Americans because the Bill of Rights is allegedly “outdated.” 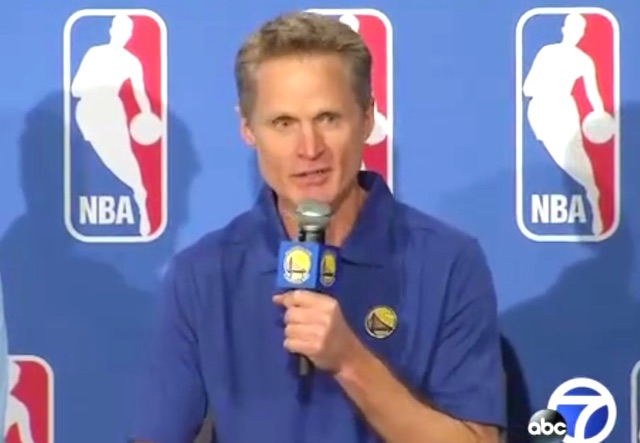 Here is what Mr. Kerr said while appearing on the “TK Show” withTim Kawakami on June 24 (Keep in mind that his own father was assassinated by Islamic terrorists in 1984 while working in Beirut):

“As a basketball coach, I’m not really, you know, I don’t often get political. If you don’t mind, I just want to say when 90 percent of our country wants background checks on gun purchases, and we’ve got our Senate and our House not only voting it down, but using the Bill or Rights as a reason for people to have rights to carry these automatic weapons — we’re getting murdered every day at an alarming rate — I just have to get this off my chest. …

Let’s have some checks. It’s easier to get a gun than it is a driver’s license. And it’s insane. And as somebody who has had a family member shot and killed, it just devastates me every time I read about this stuff, like what happened in Orlando, and then it’s even more devastating to see the government just cowing to the NRA and going to this totally outdated Bill of Rights, right to bear arms, you know, if you want to own a musket, fine — but come on.”

On one hand Mr. Evans says “no one is taking away guns” while on the other Mr. Kerr tries to convince millions that the Bill of Rights is “totally outdated.”

Marvel’s “Captain America” knows full well that lawmakers in the U.S. House and Senate exist who agree with Mr. Kerr, but yet he still abuses the caps-lock button with “NO ONE IS TAKING AWAY GUNS!”

The Warriors’ Mr. Kerr must know that “automatic” weapons are nearly impossible to own in the U.S. outside of military and law enforcement communities, but yet he uses the term anyway.

When faced with objective facts — a.) people with power and influence do want to take guns away, and b.) more Americans died on U.S. soil by Islamic terrorists using planes as giant missiles (2,996) than by “automatic” weapons (zero) — the response by pop-culture celebrities is to lie.

If you are interested in taking the “easy wrong,” then listen to men like Chris Evans and Steve Kerr on gun control.

If you are interested in taking the “hard right,” then look for people who are not so wedded to an ideology that lying to forward the cause trumps objective reality. You’ll be glad you did.

Editor’s Note: Hat tip to Colossus of Rhodey for the heads up on Chris Evans’ tweet.