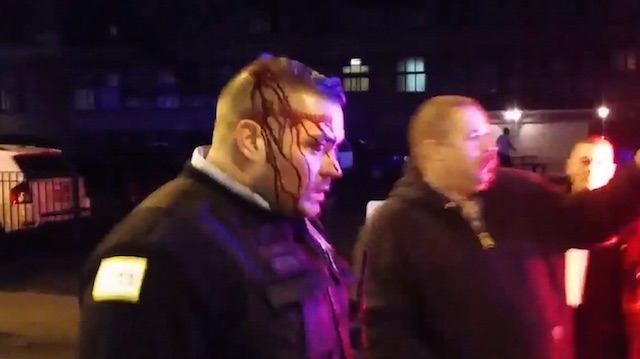 If there is one good thing about Donald Trump’s presidential campaign it is that socialist goons are making their totalitarian tendencies known. A Trump rally was cancelled on Friday at the University of Illinois-Chicago Pavilion over security concerns. Bernie Sanders supporters and left-wing activists let it be known that they specifically sought to stifle the billionaire’s ability to speak.

Roughly 10,000 people showed up to hear Trump speak inside the arena and thousands of others waited outside. Activists arrived to start fights, block traffic, and generally make life miserable for the Chicago Police Department.

Kamran Siddiqui is a 20-year-old student at the University of Illinois at Chicago, where the event was to take place.

He says: “Trump represents everything America is not and everything Chicago is not. We came in here and we wanted to shut this down. Because this is a great city and we don’t want to let that person in here.”

Siddiqui says he’s a supporter of Democratic presidential candidate Bernie Sanders. He says it “feels amazing” to have stopped Trump from speaking at his own rally.

He adds: “Everybody came together. That’s what people can do. Now people got to go out and vote because we have the opportunity to stop Trump.”

Newsflash: Donald Trump is popular in part because the U.S. is increasingly populated with Siddiquis-like thugs. You can find them online or on any college campus that makes “safe spaces” a priority.

“Chicago community activist Quo Vadis said hundreds of protesters had positioned themselves in groups around the arena, and that they intend to demonstrate right after Trump takes the stage. Their goal, he said, is “for Donald to take the stage and to completely interrupt him. The plan is to shut Donald Trump all the way down.”

The Founding Fathers knew that free speech and the right to assembly were essential to the health of the Republic, which is why they are covered in the First Amendment. Sadly, there are millions of “Siddiquis”and “Vadis” who call themselves Americans while only respecting a narrow band of left-wing thought along the ideological spectrum.

“We stopped Trump” the refrain goes. Quite the opposite, in fact. All 10,000 people who did not get to see the man speak because of security threats caused by Bernie Sanders supporters — and millions who watched it unfold on the news — now will be twice as energized to vote for the man.

Guys who would rather be writing about Marvel comics and superhero movies — like me — now must defend the guy. Trust me, that is something I do not want to do, but my love for individual liberty trumps (no pun intended) my lack of enthusiasm or disdain for any political candidate. 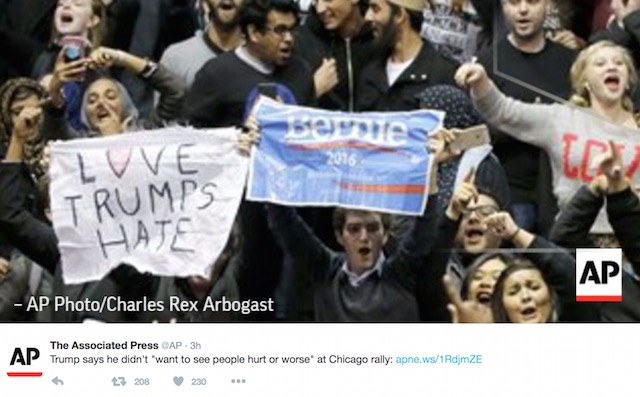 Who is more dangerous to the future of America: Socialist hordes that take pride in silencing opponents through any means necessary, or Donald Trump? It’s an excellent question, but right now those who “feel the Bern” are making it clear that their vision for the future looks very much like the nightmare that is Venezuela. Make sure to stock up on toilet paper — socialist utopias usually don’t have much in supply.