The trailer for ‘Captain America: Civil War’ premiered on Tuesday night, and somewhere out there Steven Spielberg of “superhero movies will go the way of the Western” fame wiped egg off his face.

For those who don’t remember, The Hollywood Reporter noted Sept. 2:

Two years ago, Steven Spielberg famously predicted an “implosion” of the movie industry because of its over-reliance on big budget summer blockbusters. In the wake of the success of Jurassic World, which Spielberg produced, that hasn’t changed, he says.

Spielberg didn’t “predict” anything because his diagnosis of what ails the movie industry is not even correct. It has been big-budget summer blockbusters allowing the industry to tread water now that Hollywood is just one of many outlets Americans use for entertainment and escapism. But I digress.

Stark: If we can’t accept limitations, we’re no better than the bad guys.

Rogers: That’s not the way I see it.

Stark: Sometimes I want to punch you in your perfect teeth.

In a world populated with beings as strong as gods, capable of mind control, or able to alter space and time, the federal government would have a vested interest in knowing who those individuals were. To not track human nuclear bombs walking among the civilian population would constitute a level of negligence by elected officials worthy of prison time.

The problem Marvel will face on the big screen will be the same one faced by its comic book writers — who failed miserably with Civil War. They heavily put their thumb on the scale to make Steve Rogers the “good guy” and Tony Stark the “bad guy” instead of telling a nuanced tale. 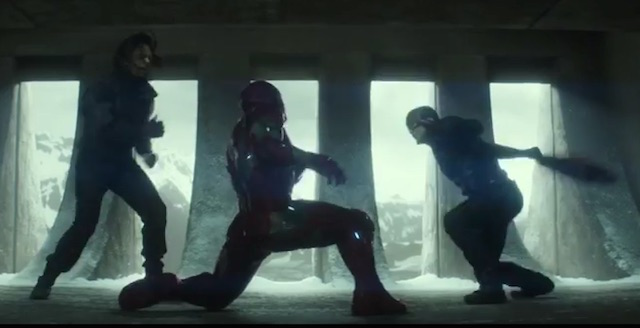 If directors Anthony and Joe Russo demanded more of their writers than Marvel Comics did with Civil War, then fans may get the best MCU movie to date. If they did not, then Steve Rogers will once find himself fighting for Kilgrave’s “right” to anonymously rape young girls.

Will the MCU be one where it’s right for the government to demand an ID to get a drivers license but wrong if a man has the power to blow up an entire city? Let us hope the Russo brothers once again rise above the petty politics routinely demonstrated by Marvel’s comic book writers. If they do, then Mr. Speilberg will be picking egg out of his beard for many years to come.