A French father tells his young child that “flowers” can protect him from the Islamic State group. A teacher at a school run by ISIL hands children guns and instructs them to kill infidels.

Question: At what point does a man’s “peace at any cost” rhetoric become delusional, dangerous, and downright insulting to those who provide for the common defense? 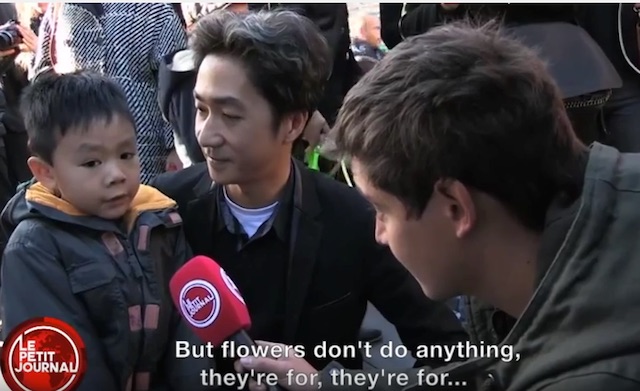 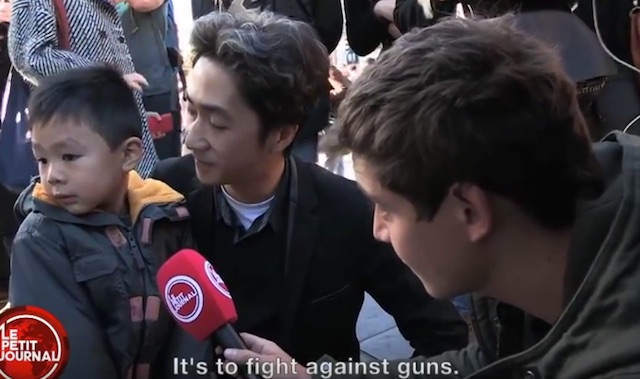 The first interview came from Le Petit Journal. The second story comes from Frontline PBS’ “ISIS in Afghanistan.” In both cases, however, we see men at the far ends of an ideological spectrum.

In the case of the French father mourning last Friday’s terror attacks in Paris, he does a disservice to the child by inculcating a worldview that flat-out rejects the need for those who put their lives on the line to secure peace.

The death count in France stands at 129. How many more would have died if brave S.W.A.T. teams weren’t willing to charge into a room with men unloading AK-47s?

Police didn’t storm into the Bataclan concert hall with flowers — they went in with armor and their own weapons.

It is possible to ease a scared child’s mind without filling it with symbolic messages John Lennon would cheer after an acid trip.

Whether America and its allies want to admit it or not, we are in a clash of civilizations. World history is littered with lawlessness and tyranny. Western Civilization helped spark a period of time where universal human rights and the rule of law actually mattered. Freedom and liberty were never preserved by men with flowers because we live in a fallen world, and that is not about to change in the wake of the Paris terror attacks.

In order to maintain history’s few outposts of freedom, we will need to raise men and women who are up to task. Teaching children there is nothing worth fighting and dying for is a surefire recipe for failure.