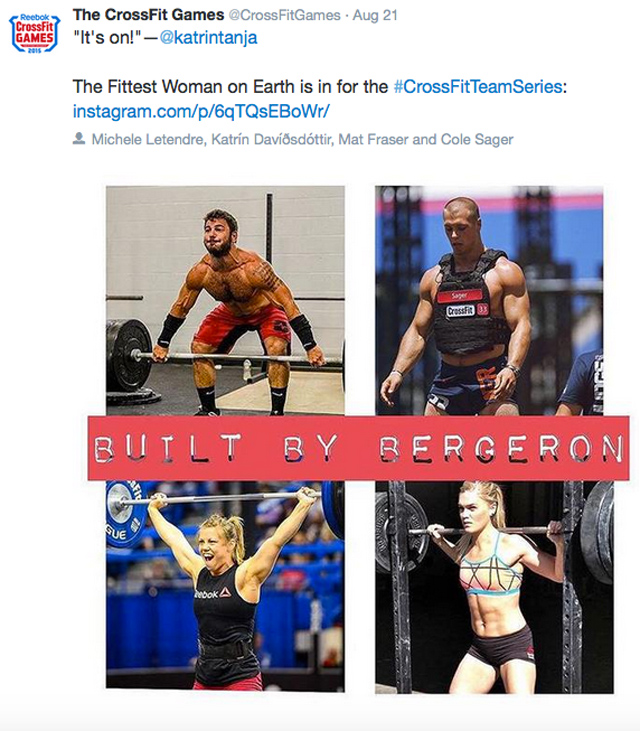 Years ago I helped manage a gym in Washington, D.C. A friend of mine introduced me to Crossfit well before it had a national cult-like following, which meant a couple years of odd looks from bystanders at the local track. Being conservative in the nation’s capital truly made us a rare breed. Regardless, the point is this: We told anyone in D.C. who would listen that Obamacare would bring unintended consequences. We (and millions of other Americans with an understanding of basic economics and human nature) were ignored, and now Crossfit trainers are feeling the pain.

New regulations, being written by and for the nation’s capital city, will create a registry of all personal trainers in the District only. But they are expected to become a model that winners and losers in the fight believe will be replicated elsewhere.

The credit — or blame — for the newfound urgency can be traced in part to President Obama’s Affordable Care Act. A variety of workplace wellness programs and preventive health-care initiatives called for in the law could soon translate into rivers of billable hours for those with credentials to keep American waistlines in check. …

An obscure group of D.C. regulators — the Board of Physical Therapy — is preparing to release rules that could send a shock wave through the American fitness industry. Fearing the outcome, some of the loudest voices in the field have decided to go on the offensive. They are calling the process into question and urging city lawmakers to pull back or even halt the effort with threats of drawn-out legal battles. …

Under a bill passed unanimously last year by the D.C. Council and signed into law by the mayor, the District’s Board of Physical Therapy was tasked with writing the new regulations. The board plans to release its rules next month, seek public comment and then publish them as law. And the heat is on: The District is behind in the process ordered in the legislation. By a strict reading of the law, no personal trainer is operating legally in the nation’s capital because the deadline to register has passed.

The uncertainty over the coming rules is weighing heavily on many who make their living in the industry, especially through CrossFit, which has thrived in a heretofore unregulated space.

The Post adds that “lawyers and lobbyists are engaged in a no-holds-barred fight to shape the nation’s first-ever rules over who has the right to tell someone else how to exercise.”

Doesn’t that sort of say it all? The industry has survived for decades perfectly fine without panniculus-sporting bureaucrats policing the fitness landscape. Now, suddenly, a board of physical therapists is writing rules that will have far-reaching effects. Ask your Magic 8 Ball what the chances are that the new regulations will heavily benefit physical therapists who are hampered by the success of Crossfit. My guess is that the answer will come back “Ha! Ask me a real question. That’s too easy.”

The fact of the matter is that the internet exists. It helps millions of Americans every single day make sound business decisions. As Crossfit continues to grow and thrive, the industry will continue refining the process of separating the wheat from the chaff. But to D.C. regulators that isn’t good enough.

“We all have heard anecdotal reports of injuries, sexual misconduct and misrepresentation of titles by persons claiming to be competent in that area,” [Senora Simpson, chairwoman of the D.C. board and a physical therapist] testified before a D.C. Council committee. She called the lack of any registration or licensure of personal trainers “a nationwide failure.”

Ms. Simpson’s anecdotal evidence doesn’t means squat (pun intended). Crossfit would not have a rabid (and growing) following if such anecdotal evidence was even worth mentioning. The real reason for D.C. regulators to get involved in the industry is easy: control.

Here is another way to think about it for those who enjoy video games: Do you remember that giant hand, Wallmaster, from the Zelda games that would grab Link? That is the government. It must control every aspect of your life. The clawing hands of bureaucrats never cramp, and they’re always itching to grab something new. In this case, Crossfit is the victim.

Note to liberal Crossfit fanatics: Blogs like this tried to tell you about the crushing weight of the government regulation. You blew off the warnings, and now it doesn’t matter how strong you are — the dead weight of Obamacare isn’t coming off your chest without a lot of help. Think about that in 2016 and beyond.