Obama: Iran deal failure may bring war — but at least you can now enjoy my Spotify playlist 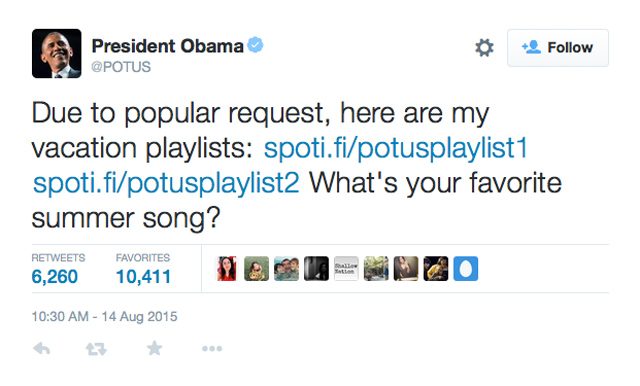 President Obama and his administration’s Twitter feeds are fascinating to read each week, given that the overall message can end up along the lines of: “If Congress doesn’t approve my Iran deal, then we may have to go to war. … In the meantime, at least you can sit back and relax to my newest Spotify playlist.” 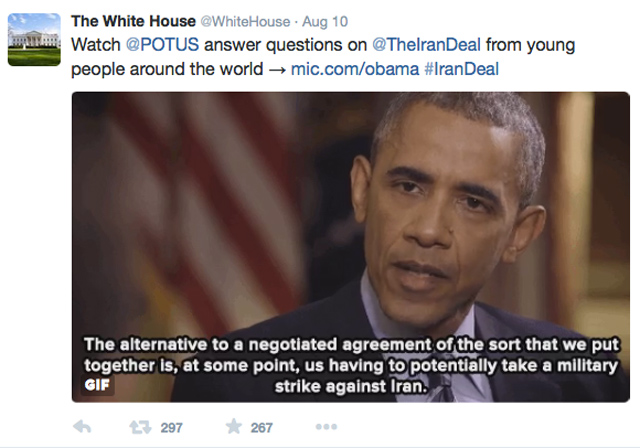 The president inflamed his critics with his tough tone in a major speech on Wednesday, defending the Iran deal.

Obama linked congressional Republicans opposed to the deal with Iranian hard-liners who chant “death to America,” saying they are “making a common cause with the Republican caucus.” …

Senate Majority Leader Mitch McConnell (R-Ky.) dismissed Obama’s claim that the only alternative to the deal is war as an “absurd argument.”

“That’s never been the alternative,” he said. “It’s either this deal or a better deal, or more sanctions, and I think that’s been a huge mistake on his part.”

The Obama administration seems to believe the matter is serious enough to have an official “Iran Deal” Twitter account, but then turns it into a joke by sharing disingenuous memes inspired by “Straight Outta Compton.” 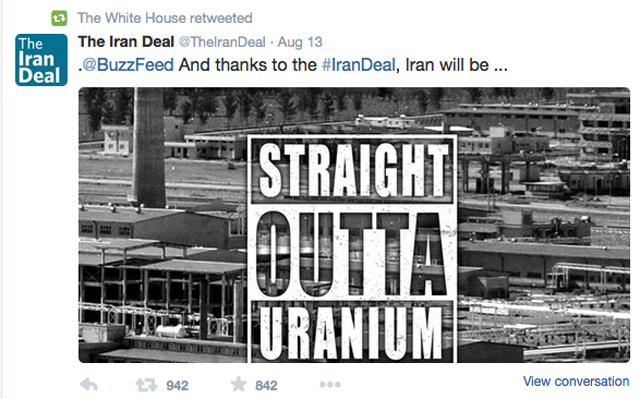 Remember: The weekend after Iran “agreed” to the nuclear deal, its Supreme Leader Ayatollah Ali Khamenei joined a “death to America” rally. The next weekend he said he would use the billions of dollars in sanctions relief to undermine U.S. foreign policy.

The fact of the matter is that Iran will not be “straight outta uranium.” The deal merely kicks the can ten years down the road, if one believes that Iran won’t find a way to cheat. Sadly, the only people on earth who seem to think Iran won’t be able to cheat are members of the Obama administration. 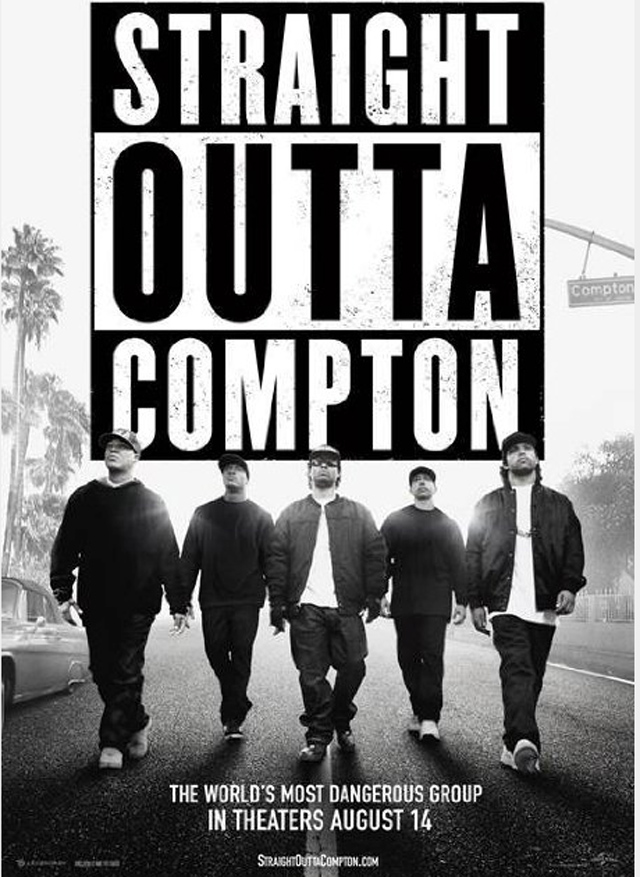 The world’s stage is filled with men like Ayatollah Ali Khamenei and Vladimir Putin. Terrorist organizations like the Islamic State group control large swathes of the Middle East and northern Africa. Ask yourself what the world’s worst actors think when they see Mr. Obama’s weird obsession with coming across as “cool” to people who will only understand foreign policy if it’s delivered with a “Straight Outta Compton” hook.

The short answer: America’s enemies laugh at Mr. Obama. He is a joke to the kind of man who kills political opponents with radioactive isotopes (research the death of Alexander Litvinenko) and he is a joke to people who chop off heads in the Middle East.

Whether the next commander in chief is a Democrat or a Republican, one can only pray that the individual does not continue to behave as America’s first Buzzfeed president.