The spike in popularity of ersatz conservative Donald Trump has its fair share of downsides, but it also has an upside: opportunists like conservative wave surfer Ann Coulter, whose idea of Reaganesque was once Chris Christie, are exposed.

National Review’s Charles Cooke faced off against Ms. Coulter on Thursday night and exposed the “collective insanity” of so-called conservative pundits, who now gloss over every bit of evidence that The Donald is merely a Trump in conservative clothing (e.g., Clinton campaign contributions).

Mr. Cooke said the following while appearing on Fox News:

“I have to say that I’m just astonished by the collective insanity that seems to have marked the conservative movement over the past couple of months. Donald Trump, who has put forth no plan whatsoever except to pretend that Mexico is going to pay for a wall, is being taken seriously. […] I think what the objections are is that you have a man in the Republican debate who praises single-payer. You have a man still talking about funding Planned Parenthood. You have a man who has flip-flopped perhaps on the wealth tax and on gun control. A man, who on any other circumstances, would have been laughed at through the primary. […]

He said on this show … that he was fine with the progressive income tax. … The day before he suggested he was in favor of a flat tax. Literally 24 hours before. He’s making it up as he goes along and we are all falling it for some reason. […] He cozied up to Hillary Clinton and he gave the Democrats a bunch of money. […] Is pro-assault weapons ban now pro-gun? He was in favor, on the record, of an assault records ban. Is that now pro-gun?”

Boom. Mr. Cooke dropped a series of intellectual tactical nukes on Ms. Coulter’s head. Her ally, Sean Hannity, sat in silence while it happened. She, on the other hand, was left to come up with a list of tortured responses that revealed that the one thing Ann Coulter knows best is where her book sales come from. If you want to be a best-selling conservative author, then one way to do it is to shamelessly ride whatever wave the most rabid right-wing activists are on.

Here are a few of Mrs. Coulter’s attempts to parry Mr. Cooke’s blows: 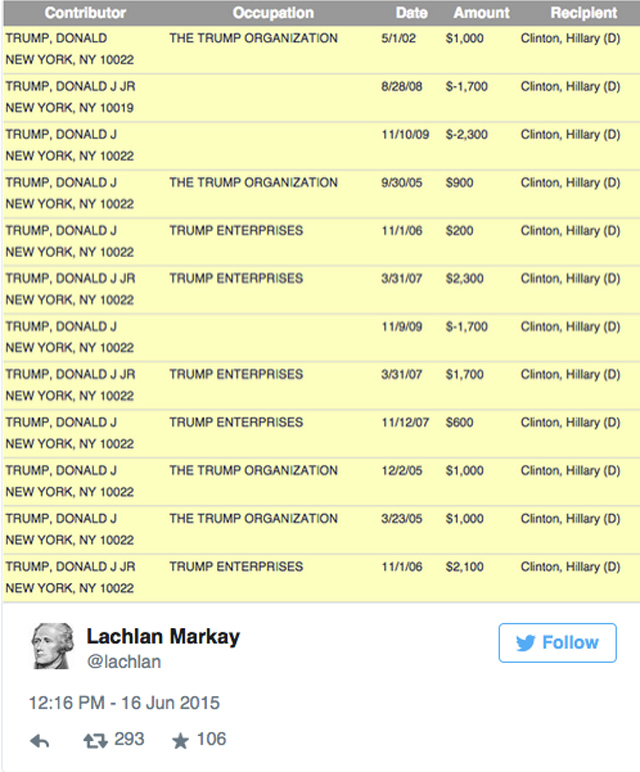 The truth of the matter is this: Certain conservative talk show hosts and their favorite pundits are a.) scared that Donald Trump will direct his fire at them if he is criticized, or b.) want to curry favor with the billionaire because he has money, power, connections, and he probably throws great parties.

Principled leadership is what America needs to thrive, but right now a lot of people seem to think it’s a man who calls all of his critics “losers.” Sadly, Ann Coulter and her friends in the media have decided to stoke the flames of anger for ratings and book sales instead of setting the Republican Party up for success.

Update: Tell me again why any Republican would want Ann Coulter as a political ambassador. 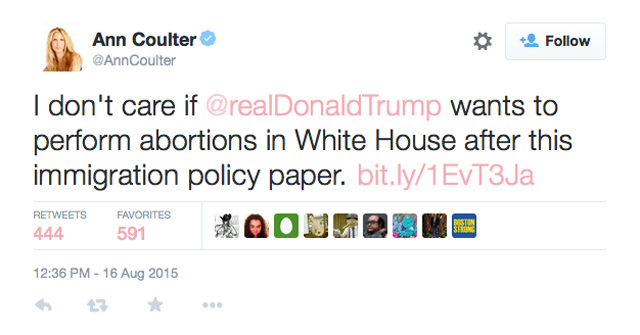