‘Deadpool’ trailer released — but will fans get the cinematic equivalent of ‘Chinese Democracy’?

For those who have been waiting for Ryan Reynolds to play Deadpool on the big screen since 2004’s Blade: Trinity — or perhaps even as far back as the late-90s sitcom Two Guys, a Girl and a Pizza Place — the good news is that the first trailer is finally here. A red band trailer has been released as well. The bad news is a.) some of the jokes may have been sitting on the shelf since the late 90s, and b.) Fox may have set Deadpool up for failure with an extremely low budget. Right now it’s time to strip out the raw emotion of seeing the “Merc with a Mouth” in his own trailer and determine what looks promising and what does not. 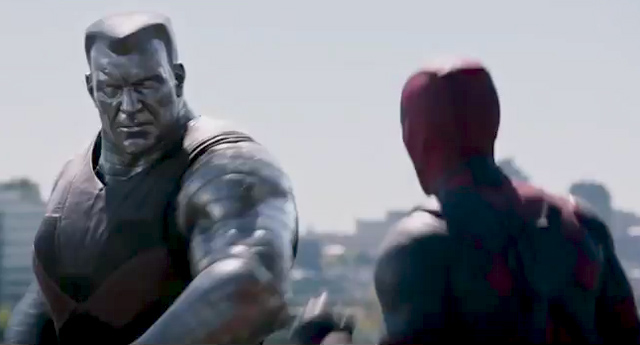 It seems undeniable that Ryan Reynolds has put in 100 percent effort into the role. The guy was basically born to play Deadpool, and since he’s in shape — and finally has a worthy costume — it’s hard not to smile whenever he is on screen. (I would still love to know the name of the Fox producer who gave Deadpool a generic costume and sewed his mouth shut for 2009’s X-Men Origins: Wolverine.)

With that said, there are some question marks raised by the trailer. Does it take place in the late 90s or early 2000s? What was the production budget? Can Deadpool succeed if Fox technically green-lighted the movie while simultaneously setting it up for failure?

Consider this: Why are there “Posh Spice” and “Rosie O’Donnell” references? Unless part of the movie takes place well over a decade ago, those jokes seem incredibly dated. Is the DMX music and the Salt-N-Pepa reference another movie flashback, or are the writers just letting Generation X Deadpool fans know that this movie is primarily for them?

Part of the problem with finally seeing Ryan Reynolds in the merc’s costume is that he’s been playing watered down versions of Wade Wilson on television and film for almost 20 years. On some level the new Deadpool movie has the same vibe as Axl Rose’s 2008 album “Chinese Democracy.” The album was actually pretty good — but it still felt like a product that was released too little, too late.

The other potential problem with Deadpool is its budget. Mr. Reynolds told MTV in January:

“We don’t have the kind of money that most superhero movies do, but that’s great, actually. Necessity is the mother of invention, and that’s why we get to make the movie we want to make.”

Ryan Reynolds gets an ‘A’ in Diplomacy 101, but at the end of the day one can’t help but wonder if Fox kneecapped Deadpool’s creative team and then said, “Okay, now go make a hit movie!”

Whether Deadpool is good or bad when it comes out in 2016, Ryan Reynolds and everyone who believed in this film should be given credit for essentially willing it into existence. They moved a creative mountain (or two) just to get the fools at Fox to allow the movie to be made. For that the writers, director, actors, and crew deserve a round of applause.