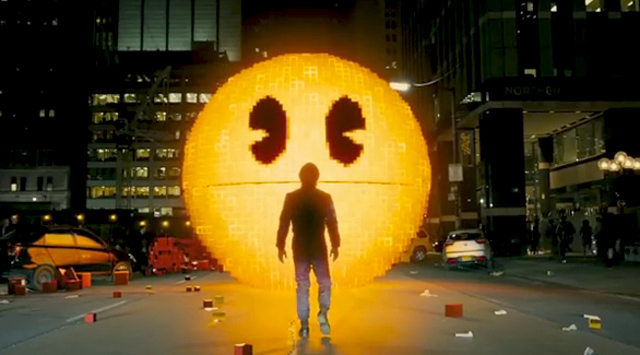 “How Sony sanitized the new Adam Sandler movie to please Chinese censors” is a damning indictment of an industry that will sacrifice artistic freedom at a moment’s notice if communist goons can promise bigger box office receipts.

Sony executives spared the Great Wall because they were anxious to get the movie approved for release in China, a review of internal Sony Pictures emails shows. It is just one of a series of changes aimed at stripping the movie of content that, Sony managers feared, Chinese authorities might have construed as casting their country in a negative light.

Along with the Great Wall scene, out went a scene in which China was mentioned as a potential culprit behind an attack, as well as a reference to a “Communist-conspiracy brother” hacking a mail server — all to increase the chances of getting “Pixels” access to the world’s second-biggest box office.

“Even though breaking a hole on the Great Wall may not be a problem as long as it is part of a worldwide phenomenon, it is actually unnecessary because it will not benefit the China release at all. I would then, recommend not to do it,” Li Chow, chief representative of Sony Pictures in China, wrote in a December 2013 email to senior Sony executives.

Sony refused to comment on the story, only telling Reuters “There are myriad factors that go into determining what is best for a film’s release, and creating content that has wide global appeal without compromising creative integrity is top among them.”

“Men in Black 3” is the latest film to face the wrath of Chinese censors.

At least three minutes of Sony’s sci-fi comedy have been excised for its Chinese theatrical run, according to a person with knowledge of the matter who was not authorized to speak about it publicly.

The offending moments take place in New York’s Chinatown. They include a Chinese-restaurant shootout between evil aliens and Will Smith’s Agent J and Tommy Lee Jones’ Agent K — the aliens are disguised as restaurant workers — as well as a moment when Smith’s J “neuralyzes,” or memory-wipes, a group of Chinese bystanders.

A Chinese paper, the China Southern Daily, speculated that the latter scene may have been cut because it could be viewed as a comment on China’s censorship of the Internet.

Telling, isn’t it? And these days the studios know that bloggers are watching. The leaked Sony emails revealed Steven O’Dell, president of Sony Pictures Releasing International, isn’t a fan of writers like yours truly. 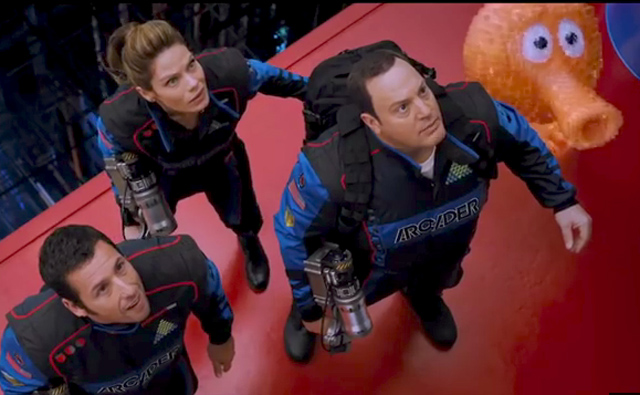 In the case of “Pixels,” in which the aliens attack Earth in the form of popular video game characters, the Sony emails point to the creation of a single version for all audiences – a China-friendly one. The logic behind Sony’s thinking was explained by Steven O’Dell, president of Sony Pictures Releasing International, in a September 12, 2013 email about “RoboCop.”

“Changing the China elements to another country should be a relatively easy fix,” O’Dell wrote. “There is only downside to leaving the film as it is. Recommendation is to change all versions as if we only change the China version, we set ourselves up for the press to call us out for this when bloggers invariably compare the versions and realize we changed the China setting just to pacify that market.”

Let us go back to Sony’s insistence that it does not make changes that would “compromising creative integrity,” shall we?

Government investigators now believe that the data theft from the Office of Personnel Management computer systems compromised sensitive personal information, including Social Security numbers, of roughly 21.5 million people from both inside and outside the government, the government announced Thursday.

Of these, hackers obtained information from the security clearance applications — known as SF-86’s – of 19.7 million people.

The U.S. government believes China was behind that attack. When China’s state-sponsored hackers steal over 21 million records from the U.S. federal government, then it most certainly compromises creative integrity to cut Chinese hacker jokes from a comedy.

How sad is it that Hollywood studios will churn out movie after movie that casts America as the villain, yet executives will cut innocuous scenes that involve The Great Wall of China. (We’re cool with destroying The Washington Monument, but The Great Wall is too much. That will have to go. Thanks.) How embarrassing is it that Hollywood studios talk about creative integrity while sanitizing lighthearted comedies to appease communist censorship boards.

Perhaps the best way to respond to Sony’s defense of its “Pixels” edits is to share a quote from another Adam Sandler movie — Billy Madison.

“[Sony Pictures], what you’ve just said is one of the insanely idiotic things I have ever heard. At no point in your rambling incoherent response were you even close to anything resembling anything that could be considered a rational thought. Everyone in this room is dumber for having listened to it. I award you no points, and may God have mercy on your soul.” (Billy Madison. Universal Studios,1996.)

Something is incredibly wrong when Chinese censorship cops have veto power over everything from spy thrillers and war movies to Adam Sandler fare — and the studios play ball. Luckily, American audiences can vote with their wallets.