Obama plan for Islamic State: ‘It will be up to the next administration,’ source tells Daily Beast

It’s been a rough couple of weeks for the Obama administration. The Islamic State group took control of Palmyra in Syria and Ramadi in Iraq. With each passing day the White House’s objective to “degrade and destroy” the Sunni terrorist group sounds more delusional, which begs the question: What the heck is going on?

According to multiple security officials who spoke with the Daily Beast, the White House’s primary goal is just to pass the baton to the next guy.

The self-proclaimed Islamic State has claimed a major provincial capital in Iraq and taken over another strategically key city in Syria. In response, the Obama administration plans to do—well, not much of anything new.

Four defense officials told The Daily Beast that there’s still strong resistance within the Obama administration to making any serious changes to the current strategy for fighting ISIS—despite mounting skepticism from some in the Pentagon about the current U.S. approach to the war.

Although the Obama administration’s public messaging is that it still wants to “degrade and ultimately defeat” ISIS, in reality, many in the Pentagon view the real objective as just running out the clock.

“I think this is driven by a sense that this not our fight and so we are just going to try to contain it and have influence where we can,” one official who works closely on the military strategy explained to The Daily Beast. “This is a long fight, and it will be up to the next administration to tackle.”

Rather than aiming for a decisive victory, the U.S. approach has devolved into simply maintaining a low boil in perpetuity. …

“It’s a political response,” one official explained. “They are doing ‘something’ to inoculate themselves from substantial criticism.”

There is a word to describe the president’s foreign policy right now: terrifying.

Mr. Obama is moving pieces around the global chess board, but he has no idea what he is doing and only hopes that he can survive long enough for someone else to take his seat at the table. The 2009 Nobel Peace Prize winner (he was nominated less than two weeks after he took office) is piddling around playing politics while a terrorist group is using truck bombs that can take out entire city blocks to gain territory. Meanwhile, the media takes up multiple news cycles discussing the sick details of Josh Duggar’s past — elevating the criminal behavior of a TLC reality show star above an army of Islamic radicals that controls most of Syria and large swathes of Iraq.

Say what you will about former President George W. Bush, but the man didn’t give a rip about political repercussions when he ordered the surge in 2007. While Senator Harry Reid was literally surrendering on live television, Mr. Bush essentially told the military to do whatever it needed to do to stabilize Iraq before he left office — and it delivered. When Army Chief of Staff Gen. Ray Odierno looked at Iraq prior to U.S. troops leaving in 2011, he saw a country that was incredibly fragile, but he was optimistic about the future.

Odierno said he was most optimistic about Iraq’s future in September 2010, as he prepared to relinquish command of U.S. forces in theater.

“I felt very good about Iraq, and I felt we were absolutely on the right track,” he said.

But Iraq’s leaders have not been able to overcome the mistrust they have between the different sects, he said.

“It’s incredibly disappointing to me, personally, what I’ve watched happen,” he said. “I really believed, at that time [in 2010], that in five years or so, Iraq would be doing very well. But, frankly, they fractured.”

Sadly, Mr. Obama does not have the backbone of George W. Bush or the honor to fall on his political sword if it will set future presidents — and by extension America — up for success. 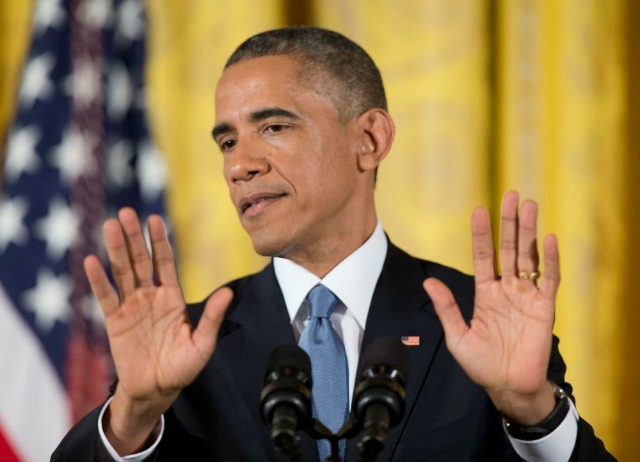