Ferguson grand jury details emerge, egg piles up on the faces of its critics 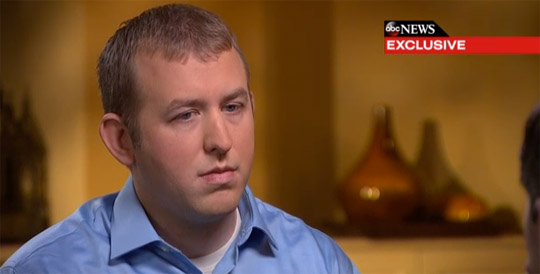 In the moments after the Ferguson grand jury decision, social media sites exploded with “disgusted” critics — even though they were not privy to the information seen inside the courtroom. As details emerge, those critics increasingly have egg all over their faces.

After exposing Michael Brown’s friend Dorian Johnson as a liar — forensic evidence refuted his claim that Mr. Brown was shot in the back — The Associated Press reported Wednesday:

One woman, who said she was smoking a cigarette with a friend nearby, claimed she saw a second police officer in the passenger seat of Wilson’s vehicle. When quizzed by a prosecutor, she elaborated: The officer was white, “middle age or young” and in uniform. She said she was positive there was a second officer — even though there was not.

Another witness had told the FBI that Wilson shot Brown in the back and then “stood over him and finished him off.” But in his grand jury testimony, this witness acknowledged that he had not seen that part of the shooting, and that what he told the FBI was “based on me being where I’m from, and that can be the only assumption that I have.” …

Another man, describing himself as a friend of Brown’s, told a federal investigator that he heard the first gunshot, looked out his window and saw an officer with a gun drawn and Brown “on his knees with his hands in the air.” He added: “I seen him shoot him in the head.”

But when later pressed by the investigator, the friend said he had not seen the actual shooting because he was walking down the stairs at the time and instead had heard details from someone in the apartment complex.

“What you are saying you saw isn’t forensically possible based on the evidence,” the investigator told the friend.

Shortly after that, the friend asked if he could leave.

“I ain’t feeling comfortable,” he said.

Imagine you’re on a grand jury, and you’re presented with “witnesses” who saw phantom cops in the passenger seat of Darren Wilson’s squad car and men who say they “ain’t feeling comfortable” when their tales of execution-style murder are destroyed by forensic evidence. During this time you’re also presented with a small group of witnesses who confirm the officer’s account of what happened. They do not see ghost cops and their stories stand up to scrutiny.

Now imagine that you see and hear Darren Wilson professionally speak in his own defense for four hours — when he doesn’t need to do so and the choice could seal his doom — and everything he says is backed by the forensic evidence, including analysis provided by an independent expert hired by Michael Brown’s family.

What would you do? If you were a member of the grand jury acting in a professional manner, then there’s a good chance you would not indict the officer. That is not a “disgusting” decision; it is, in fact, perfectly reasonable.

The behavior of online mobs ruled solely by emotion would be laughable if it wasn’t for the fact that an entire community has been ripped and burned, in part, by the ramifications of their rhetoric. Lives have been irreparably harmed by individuals seeking to politically and monetarily exploit others along racial lines, and those who are blinded by ideology can’t see how they are aiding and abetting Machiavellian mouthpieces across the nation.

The good thing about the grand jury’s decision is that it gave officer Wilson a chance to finally tell his side of the story to the public. If you haven’t had a chance to watch his 45-minute interview with George Stephanopoulos on ABC, then you should do so. The policeman handled himself very well.

Here is an excerpt of the kind of questions he had to put up with:

Stephanopoulos: And in your training there was no option in those moments when you were faced with Michael Brown but to shoot?

Stephanopoulos: What about, and I don’t know enough about the training, what about when he’s coming towards you? Why not run behind the car?

Darren Wilson: Run away? How do you run…

Stephanopoulos: You just don’t do that.

Darren Wilson: You can’t run away. That’s not what we’re there for. If we ran away every time something scared us, every time we heard a noise in the night, we wouldn’t be very good at our job. We’re taught and trained to deal with the threat at hand, and that’s what I did.

In the mind of George Stephanopoulos, cops should run away and hide behind their squad cars when a 6’4″, 292-pound robbery suspect charges them.

The story of Michael Brown is a sad one, but it most certainly does not involve a cop with racial animus towards black teenagers. To suggest that Darren Wilson was looking for an excuse to use his gun — the one he had never fired until that day — on a black teenager is preposterous. Likewise, the implication that the Ferguson grand jury did not take their job seriously and come to the conclusion they did based on hard evidence is ridiculous.