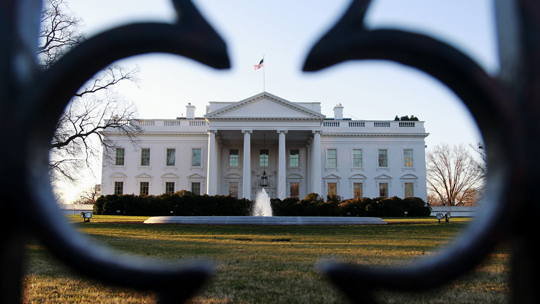 It’s been said that President Obama is going to do his best Venezuelan dictator impression and issue a far-reaching decree to undermine the rule of law. Newspapers all around the country are asking “What will the GOP do?” if Mr. Obama grants amnesty to 1-5 million illegal immigrants in the absence of any bill passed by Congress. At this point, it’s not what the Republicans should do — it’s what Americans should do. Millions of them should march on the White House.

Fact: Mr. Obama said himself that what he now threatens the country with is a direct assault on the U.S. Constitution. He said so himself.

Hotair nicely consolidated a few choice quotes by the constitutional lawyer who now plans to completely disregard the U.S. Constitution:

“I believe such an indiscriminate approach would be both unwise and unfair. This could lead to a surge in more illegal immigration. (President Obama, July, 2010).

“With respect to the notion that I can just suspend deportations through executive order, that’s just not the case.” (President Obama, March 2011).

“I just have to continue to say this notion that somehow I can just change the laws unilaterally is not true. We are doing everything we can administratively,” (President Obama, Sept. 2011).

“Until Congress passes a new law, then I am constrained in terms of what I am able to do. (President Obama, March 2014).

There must be millions of Democrats out there who know that what the president plans to do would set an incredibly dangerous precedent. The constitutional crisis that will result from attempting to use an executive order to do something of such magnitude for millions upon millions of Americans is unconscionable. It is short-sighted, but it is also something out of a tyrant’s handbook.

The media is doing its best not to talk about the constitutional implications of such an action, and instead focusing on the politics. That is an abdication of its important role in keeping those with their hands on the levers of power honest, but at this juncture all that matters is that the American people — not just politicians in Washington — must stand up to the utter lawlessness of such a move.

Impeachment? Budgetary tricks? Republican-led government shutdown? It’s beyond that. If 5 million Americans marched on up to the White House, then it would give members of Congress — of any party — the political cover they need to check a U.S. president who takes cues from the ghost of Hugo Chavez.