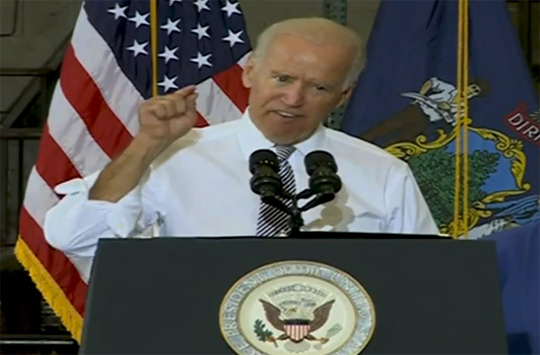 The world is in a very scary place. As the mountain of decapitated heads pile up for the Islamic State group across the Middle East, president Obama is giving contradictory speeches where he says he’s going to “destroy” the terror group in one sentence, only to say moments later that he’d settle for rendering them a “manageable problem.” Worse, Vice President Joe Biden is giving speeches to the American people where he says the U.S. will “follow them to the gates of hell until they are brought to justice.” He’s trying to channel his inner Winston Churchill but only finding a goofy disingenuous huckster — and the world knows it.

The Washington Post provided a portion of the text from his Sept. 3 speech:

“The American people are so much stronger, so much more resolved than any enemy can fully understand,” Biden said, speaking at the Portsmouth Naval Shipyard. “We don’t forget. We take care of those who are grieving, and when that’s finished, they should know we will follow them to the gates of hell until they are brought to justice, because hell is where they will reside.”

One can’t help but cringe at a man who a.) only uses religious rhetoric when he’s trying to rile people up, and b.) beats bombastic war drums before the American public when the administration he works for has no intention of psychologically preparing the nation for the battles ahead.

The sting of the vice president’s speech is even worse for those who remember the way he “cared” for Charles Woods, who grieved over the loss of his son Tyrone after the Sept. 11, 2012 terror attacks in Benghazi, Libya.

“Did your son always have balls the size of cue balls?” (Joe Biden)

Contrast Mr. Biden’s words with those of British Prime Minister Winston Churchill before the House of Commons during World War II:

“You ask, what is our policy? I say it is to wage war by land, sea, and air. War with all our might and with all the strength God has given us, and to wage war against a monstrous tyranny never surpassed in the dark and lamentable catalog of human crime. That is our policy.

You ask, what is our aim? I can answer in one word. It is victory. Victory at all costs — victory in spite of all terrors — victory, however long and hard the road may be, for without victory there is no survival,” (Winston Churchill. June 18, 1940).

At one time, Western Civilization had leading men of moral clarity. They spoke with purpose and conviction, and the world knew that they were serious. The enemies of freedom and liberty knew that a man like Churchill was up to the task of taking them on. 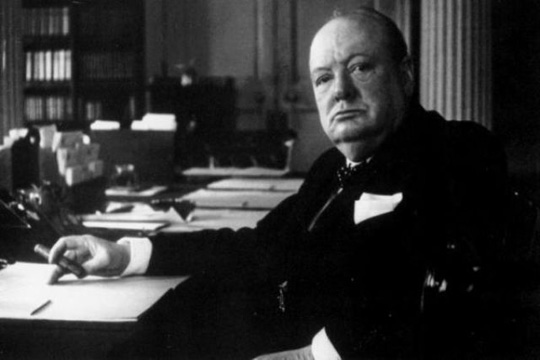 But what of Mr. Biden? Can anyone say with a straight face that if the survival of the American way of life hung in the balance that he could stir the souls of good men and women to action with words that rivaled Churchill?

“Let us therefore brace ourselves to our duties, and so bear ourselves that if the British Empire and its Commonwealth last a thousand years, men will still say, ‘This was their finest hour,'” (Winston Churchill. June 18, 1940).

Americans should not take any stock in Mr. Biden’s “gates of hell” speech, but they would be wise to say a prayer for the future of Western Civilization.